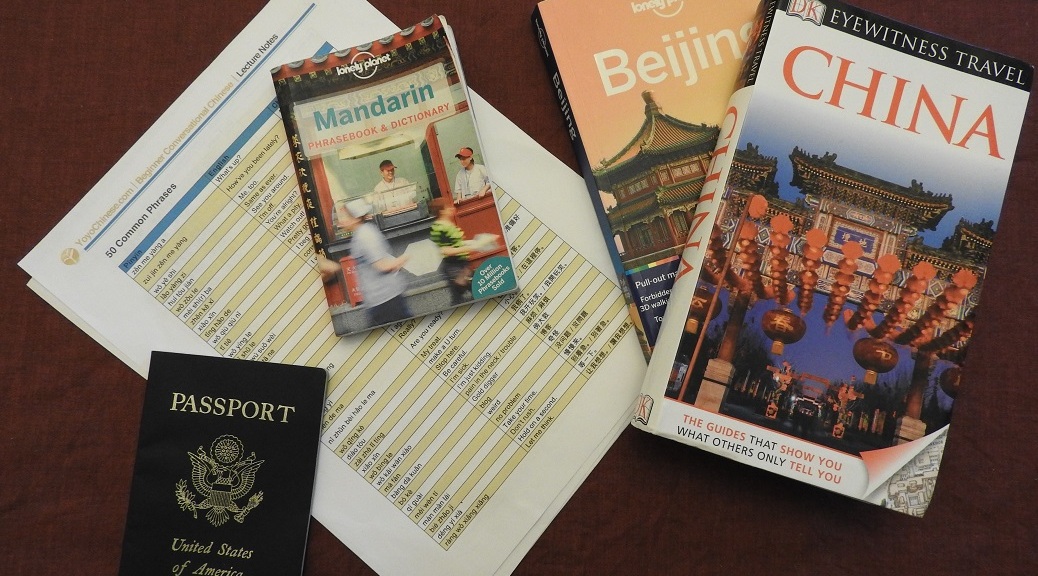 I am not lazy, but I lack aptitude for language learning. Unless I have a goal it is hard to motivate myself to buckle down and really learn a language. Other stuff drifts to a higher priority.

I am trying to learn Chinese, again. This is my third try. Language isn’t my thing, even in my native tongue when I need words they just don’t come. One reason that I rarely post is that it takes me longer than a day to pull together a response.

When I traveled to China before, I have been twice now, it has been with a lot of dependence on other people. I have managed surprisingly well and had some great experiences (see Let’s Go Fly a Kite, A Picture and a Phrasebook Saved the Day, and Happy Mama).  But this time I decided that

I only decided to go about two months before takeoff, a very short time for someone who is all but tone deaf to try and learn a tonal language.

Before my first and second trips I tried using two different book plus CD programs. With the first, I ran through it once then listened to it in the car. After almost a year and a half of doing that, including several trips to and from California where I heard all three CDs twice a day, I made almost no progress. I was unable to recognize the words when someone other than the canned voice spoke them, or come up with them myself in real life situations (Although, I can say nihao and xiexie). But worse than that, I really could not speak the phrases in the phrase book. I couldn’t figure out how to follow and correctly pronounce the pinyin (Chinese phonics system). Nor could I recognize if someone responded with a phrase in the phrase book.

With the second I just couldn’t get into it. I think it was designed more to be used as an aid in a class where the instructor took you through it rather than working on one’s own. I took that one with me to China last time and tried to work on it in the morning then go out and listen for the phrases. I never recognized a thing.

This time, with six weeks to go before take off I started an on-line course (YoyoChinese.com). This seems to be going better.  It helps to be able to see the person forming the words, and they focus on how the tones sound in a variety of real words (saying “ma” five different ways many, many, many times really didn’t help me). It also has a Chinese on the Street segment so you can hear a variety of voices using the material in context. So every morning now I am spending 45 minutes to an hour studying Chinese.

I know that some people have a better ear, are more linguistically oriented,  and are more courageous about trying than I am, but I really think the idea that one can just pick up a language with no effort is blarney.

In response to The Daily Post’s writing prompt: “Lazy Learners.”

5 thoughts on “It is All Chinese to Me”