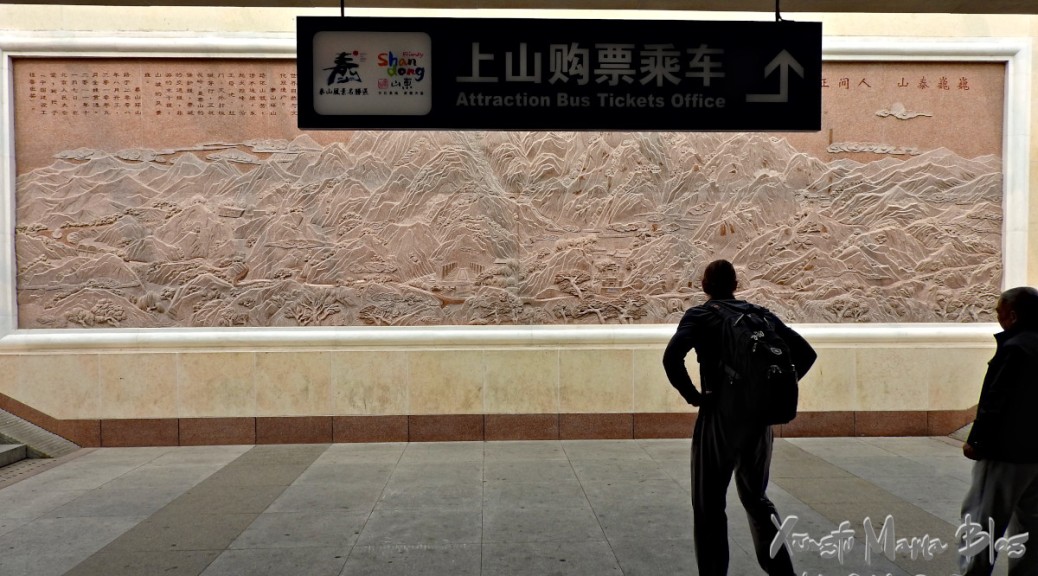 Tai’an is at the base of the sacred mountain Taishan, where the emperors would go to the Dai Miao temple at the base of the mountain then to the top to perform certain rites. I was really impressed that they went up until I learned that they were carried up on a litter. I am very impressed by the guys who carried the emperor up. There are some super steep areas. My son was quite relieved that I chose to take the cable car (after I learned that the emperors didn’t do it!). He admitted later that he was trying to figure out how to carry both our backpacks and prevent me from falling.

3 thoughts on “The start of the trek to the top”