Hutongs are the labyrinths of old alleys with traditional houses in northern Chinese cities. I just caught a few glimpses of hutongs in Beijing. 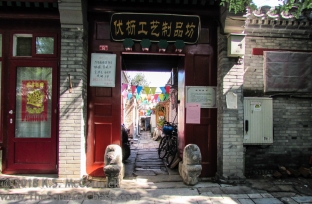 In a village outside of Weifang I visited a family that had a traditional courtyard type house along a street. This is typical of a home for a middle class family in that village. 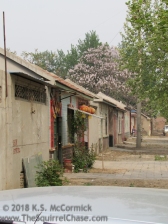 Looking along a street of traditional houses.

The entrance to a traditional courtyard house.

Here are a couple of photos taken from the train, I am including them even though they are blurry because they show neighborhoods of this type of home from above, one in the country and one in the city.

High-rises are everywhere, They tend to crop up in clumps.

In many places they are empty because supply and demand haven’t matched up yet. In Xian our guide, who lived outside of the city, said that many people couldn’t afford the new units. They are desirable since the commute time is lower and there are modern conveniences like more, and better plumbing: flush toilets hooked to a sewer system,  hot water in kitchens (in older buildings hot water is usually provided in the bathroom only by a passive solar contraption on the roof, modern electric and data connections and new, easy to clean surfaces. With time and an improving economy they will likely fill in.

The layout of apartments tends to follow a pattern. A very practical one. The buildings are skinny in the north to south direction because every unit goes the entire width. On the north side against the windows (which can be opened) is the kitchen and on the south side there is a sun room, usually equipped with clothes lines which can be raised and lowered by pulleys, for drying laundry.

While some hutongs, especially in Beijing, are protected for historical reasons, they are mostly being replaced with modern construction and in urban areas that tends to be high rises.

Actually living with ancient sanitary practices doesn’t stay charming for long. One of the tour guides who was telling us about the flooding of cities for three gorges dam said that most young people were glad to move to modern quarters and call bathrooms “happy rooms”. 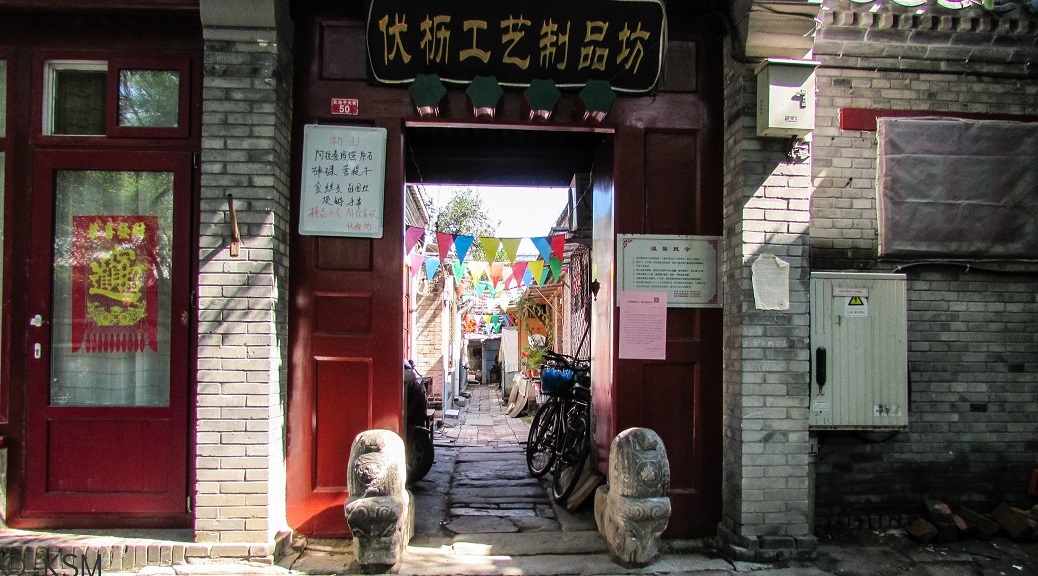 “Driveable” depends on your vehicle of choice. My dad and I were thinking about alleys and parking when we took these pictures. They were all taken along a busy-ish street beside the Forbidden City.

Entrance to a hutong in Beijing, China

Assortment of vehicles parked on a sidewalk in Beijing.

Interesting vehicles parked on a sidewalk in Beijing China 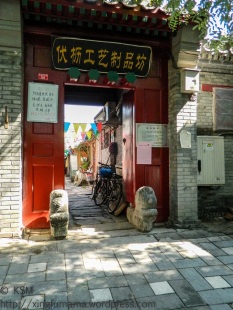 Entrance to a hutong in Beijing China 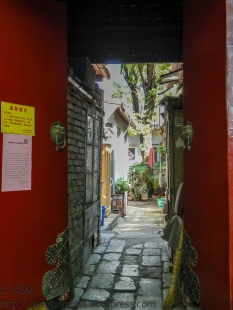 Entrance to a hutong in Beijing China

I felt almost like a voyeur looking down into these private alleys.

To walk through the gate guarded by the well worn lions seems like a good start for a movie or fantasy story.

Cee’s Fun Foto Challenge for this week brought these pictures to mind.