Going to local parks is a favorite activity of mine.

END_OF_DOCUMENT_TOKEN_TO_BE_REPLACED Welcome to week 6 of Pull up a Seat. Take a load off and share a favorite perch by linking your post to this one, either with a comment or ping-back. For more detailed directions go to Pull Up a Seat page.

Quick reminder: I am traveling for the next couple of weeks and have limited internet access at times, so will be a little slower than usual approving ping-backs. Please be patient with me.

Thank you to everyone who is participating. It is really fun to see all the different ideas conjured up by the theme.

I am visiting my son in Shouguang, Shandong Province, China. As I have mentioned in a couple of other recent posts, there is a lovely river that has long stretches of park that runs along the east side of town. In nice weather I like to walk there in the mornings. There are several benches, it’s a great place to people watch. 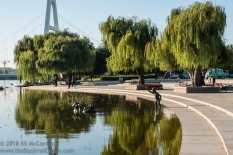 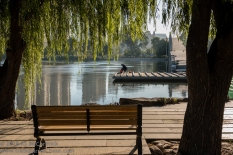 Here are a few things I saw sitting on one of the benches in the first picture: 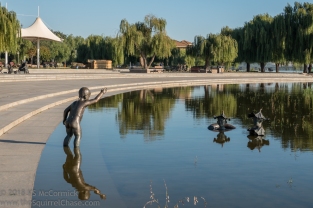 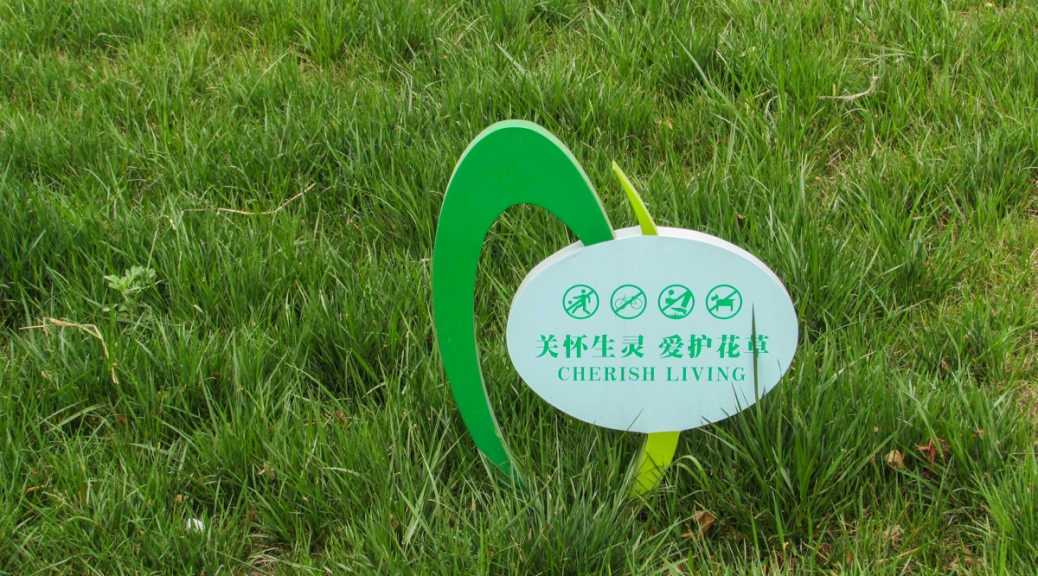 Every city that I have been in in China has had spacious, well maintained parks and public square, mostly  called “People’s Square” or a minor variation on it. One of my favorite things to do in China is wander around in these parks and public spaces.

Weifang has two with very similar names pretty far apart and it took me quite a while to figure out that the one near where my son lived was not the one referred to most of the time. 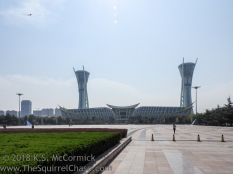 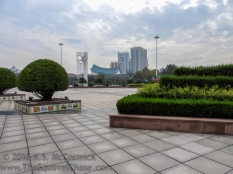 If I recall correctly (not a 100% sure thing) these are two view of the People’s Square in Qingdao: 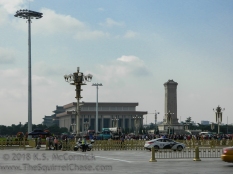 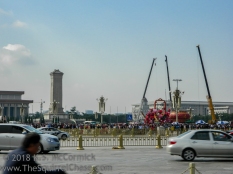 Many of the parks have really cool art, and artistic details. Here is a sampling: 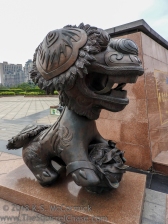 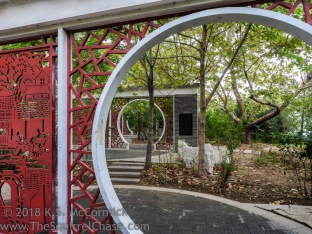 On weekday mornings, even nice ones you might think that these beautiful parks are like the empty high-rises, waiting for more people to come to fill them. On a sunny day, before work or in the afternoon as people start getting off work, or a nice weekend (especially one with enough wind for kite flying) you can see that this is not true. 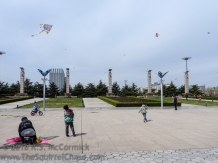 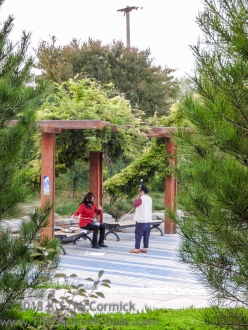 Parks are places for exercise, to meet friends, to dance, to fish (F is for Fishing) and, of course to fly kites (K is for Kites). 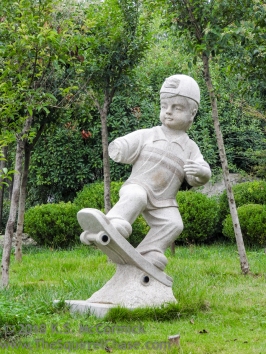 Shouguang, the city where my son lives now, even though it is considered “rural” or a “fifth tier” city, has really nice parks and a lot of nice art in them. I did some posts about this: A walk along the Mihe River , Fall in Shouguang , and, par for my course, never finished my plans to show even more of the park art in Shouguang. Maybe when I get back from this coming trip I’ll finally finish.

Even more than the art in parks, I love to see people out enjoying the parks. On weekdays they are often fairly empty, peaceful places. On nicer days there are usually a few people, often children with their grandparents, but on nice days as evening approaches and on the weekends they are busy places.