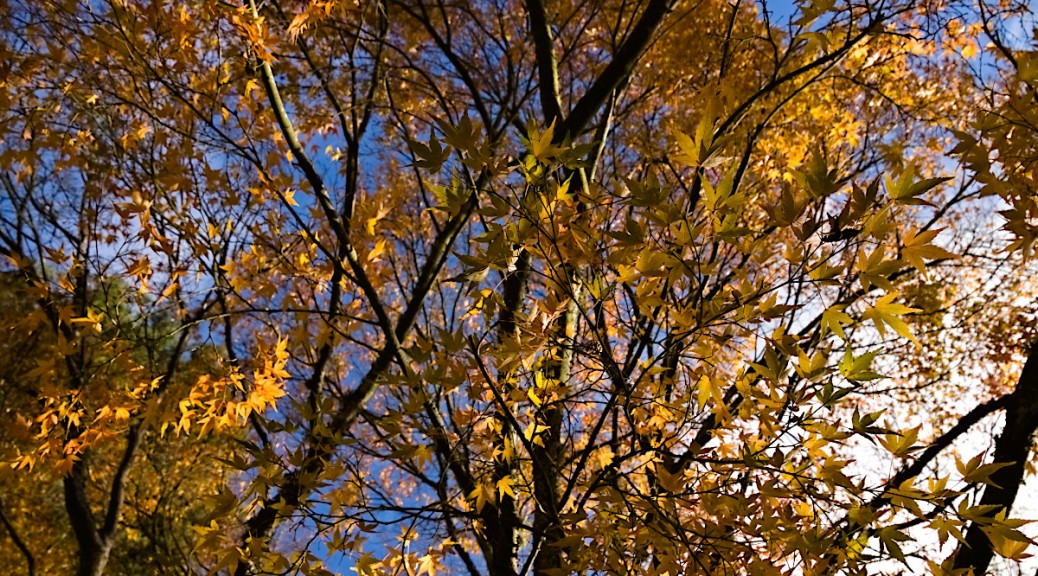 A rather belated entry for Paula’s Thursday’s Special Pick a word. Brought on by autumnal inspiration this week.

I didn’t have a separate photo for Consecrated, but I feel like my yard is blessed during this golden season.

Our recent walk along the Hadrian’s Wall National Path in north England was a bit of a scavenger hunt for traces of the past, specifically sign of Roman Britain.

Walking along the vallum near Gilsland.

Even over a thousand years later the arrow straight defensive ditch is visible.

The shape of the vallum and some mounds of un-excavated ruins at “vallum farm”.

Sometimes it could be seen in the shape of the land, with lines just a little too straight to be natural, or bumps and lumps where there were none others nearby of the same shapes. 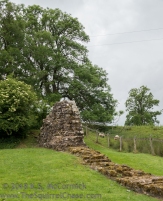 Long stretch of the wall east of Housesteads Fort, I think this area is Sewingshields.

At other times jagged stone piles jutted out.

At the easiest times the National trust provided outlines of what was where and informative signs that made it easy.

For Paula at Lost in Translation’s Thursday’s Special: Traces of the Past 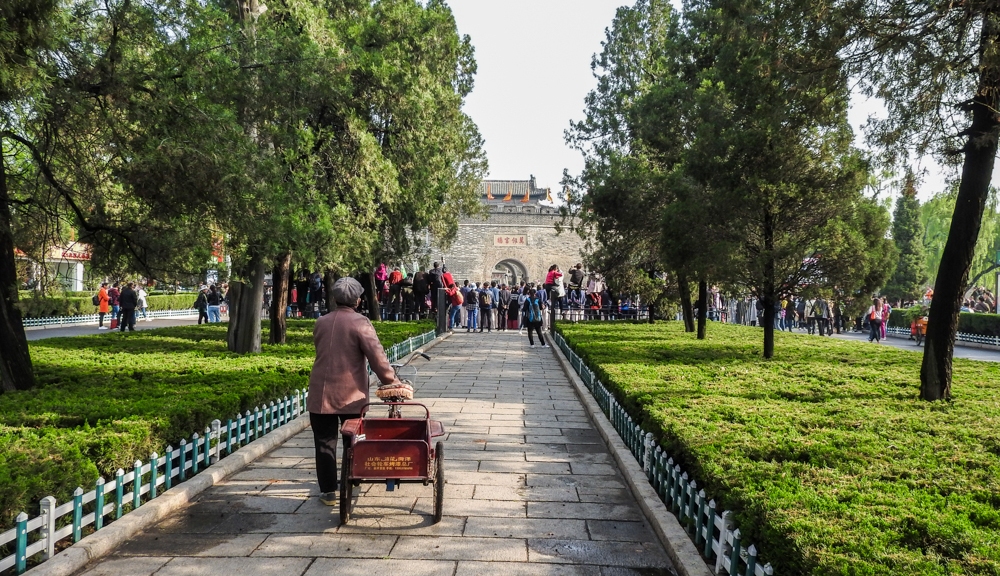 The challenge for Thursday’s Special this week was to look at the same scene in landscape and portrait orientation.

This is a pedestrian path leading to the city gate of Qufu, Shandong Province, China. 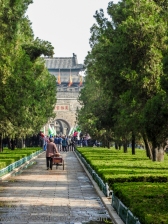 One of the challenges in getting a sense of China into pictures is how big it is.  It is often hard to get the context of vastness and the details that make it interesting both in the same picture. In the portrait view the gate is the thing that most grabs your eye and it gives a better sense of distance. In the landscape orientation the man walking his trike does. I like that one because it managed to get both a sense of distance and the detail of the cyclist. It isn’t necessarily obvious that in the second picture both the cyclist and I were closer to the gate than in the first, I had almost caught up to him. 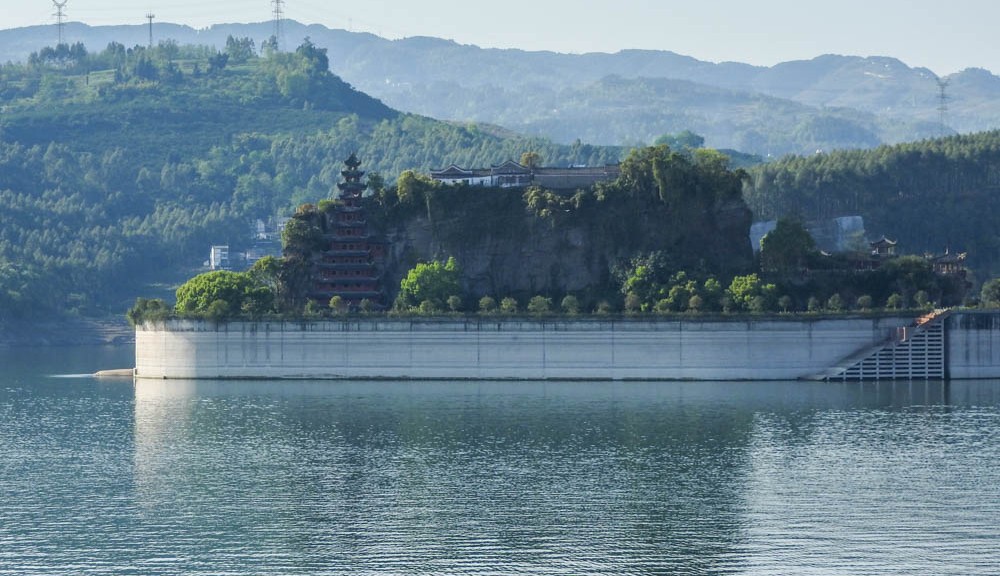 Projecting from a stone island in the Yangtze River is the arresting sight of Shibao Zhai.

This pagoda appears to be almost convex due to the shape of the rock on which it was constructed. 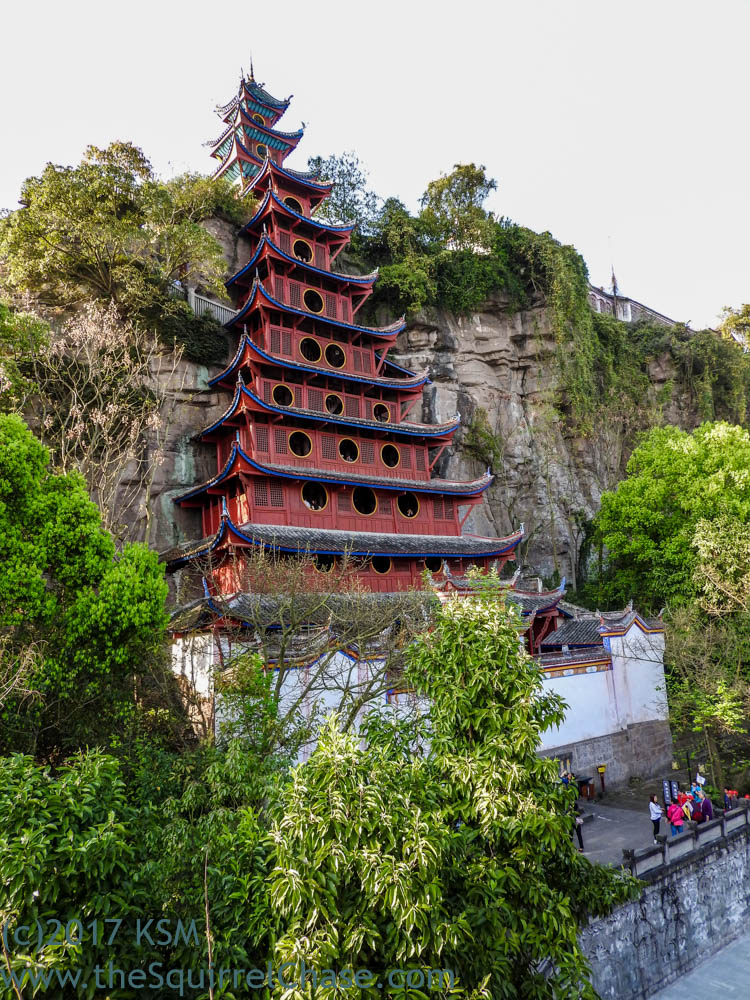 The lower levels of this ancient pagoda would have been destroyed by the flooding caused by the construction of the Three Gorges Dam. Communal action, in the form of building a coffer dam has preserved this important site.

A response to the Thursday‘s-Special Challenge.