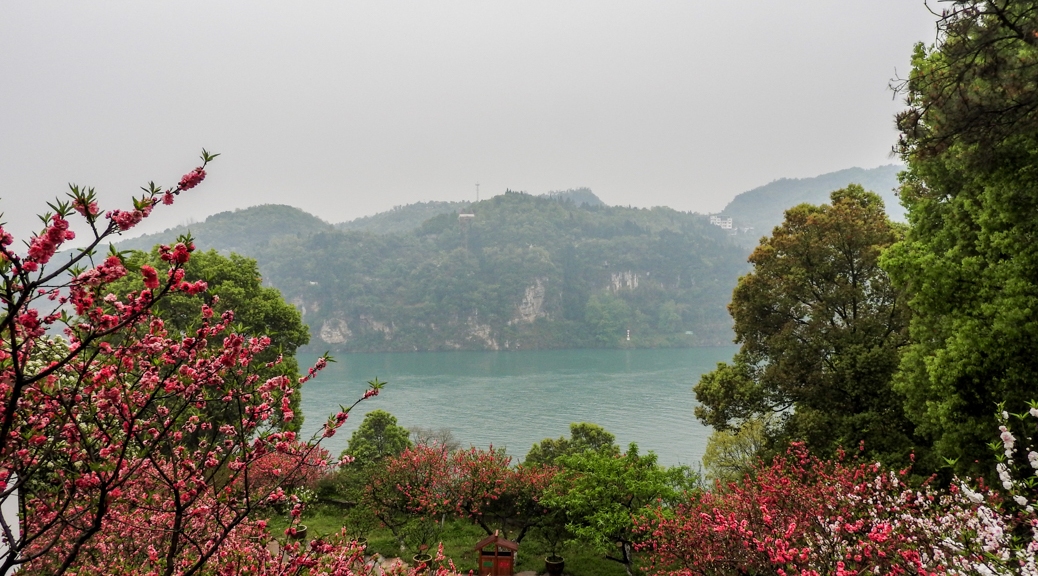 This is my last Gorge post, it finishes my little project of trying to organize my photos from two trips through the Three Gorges region in China. Xiling is the easternmost of the gorges and is downstream of the Three Gorges Dam, running from the outskirts of Yichang city up to the base of the dam.

In 2014 we were able to see a little bit of the area by taking an optional excursion to a scenic area called “Three Gorges Tribe”. This is in the Xiling Gorge and to get to it they bused us to a local ferry that took us to the spot. Here are some pictures from that excursion: 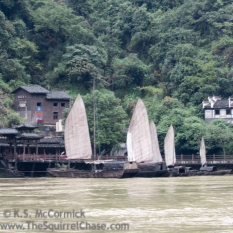 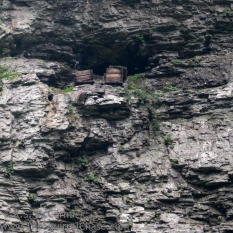 Last spring, April of 2017, we had time between when the buses got us to the dock in Yichang and our flight. I had arranged a guide and we went to a couple of parks that included an overview of the eastern entrance to the Xiling Gorge. The statue overlooks the start of the Three Gorges area. 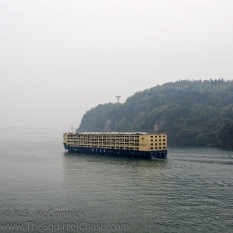 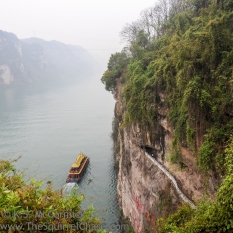 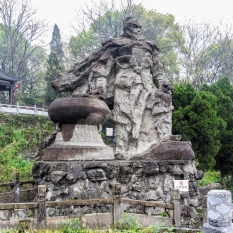 I learned from our guide that day that there is a tourist ferry from Yichang. It goes up through the concept dam and Xiling Gorge to the base of the Three Gorges dam, you take a tour of the dam from there then a bus back to Yichang.

If I decide to go again I will definitely arrange to spend an extra night in Yichang and take that outing, even though it’s an extra tour of the dam, to make sure I get to see Xiling Gorge. If I had known about it before the last trip we might have been able to do it. China has some lovely scenery, and many very interesting cultural sights, but it can be difficult to find out about things to do that are not specifically aimed at foreign visitors. I often feel like you have to go places at least twice to really get to know them.

We visited Peach Blossom Village–a rather lackluster tourist attraction in Yichang, Hubei Province, China–at the end of our cruise through the three gorges in April. It was a drippy, grey day (maybe it wouldn’t have felt so lacking in luster if the weather had been cheerier, and our views of Xiling Gorge had been clearer.

However, the flowers were pretty. The call these peach blossoms but our guide told us that the trees are ornamental and do not produce peaches that one would eat.

Photos, art - and a little bit of LIT.

Blogging From A to Z April Challenge

Stories to Inspire, Encourage, and Give Hope